Central to our core value that every single human being deserves an equitable chance to enjoy the best health possible is that no one is excluded. Not even if they were born outside of the United States. Not even if they lack the proper paperwork.

For us, this is not a political issue. Rather, it’s a matter of fundamental fairness and respect for our shared humanity.  Ending the Deferred Action for Childhood Arrivals program (DACA), which provides legal status of hundreds of thousands of young immigrants whose parents brought them to the United States without authorization, is not only a morally repugnant attack on human dignity, it also undermines our nation’s future stability and prosperity.

We were deeply saddened and angered by President Trump’s reckless decision to end DACA last year. There is no reason to target the more than 800,000 young people — known as “Dreamers” — with DACA status for deportation. They’ve been strictly vetted and the overwhelming majority of them either have jobs or are students, and are intent on building a future for themselves, their families, and their communities.

Terminating DACA was an enormous step in the wrong direction that risks undermining the physical, emotional, and economic health of our nation. Now only Congress can fix this terrible mistake.

Dreamers are the fabric of our communities across the country

DACA defers deportation for people who were brought into the United States by their parents as children without authorization.The Dreamers grew up here, are part of the fabric of our communities all across the country, and have been working hard to build productive futures.

Many people with DACA protection did not even know that they lacked legal status until they tried to get a driver’s license or applied for college, and were faced with the threat of having the rug pulled from under them for a decision that was made for them many years before.

DACA is not a handout or a free pass. The DACA status is an opportunity not just for recipients, but also for us. Not freely granted to anyone, applicants must be in or have completed school or served in the military. DACA recipients are vetted extensively to ensure that they pose no threat to public safety.

Today, 91 percent of Dreamers are employed and paying taxes. Approximately 900 serve in our military. Driving out these successful, contributing members of society would not solve the country’s immigration, employment, or economic challenges.

On the contrary, sending these young people back to countries they barely remember would actually hurt our workforce and economy. As Baby Boomers retire, it is immigrants who will pick up their slack in the workforce. Without immigration generally, the U.S. workforce would shrink, and with it the economy.

Looking at DACA holders specifically, the expiration of their work authorizations will result in 30,000 losing their jobs every month – which will be hard for employers to quickly make up. Even the conservative CATO Institute estimated that ending DACA would cost the federal government more than $60 billion and cut national economic growth by $280 billion over the next 10 years!

This would be particularly bad news for the health care sector. Workforce challenges are being felt acutely in this sector where there is already a shortage of primary care physicians and dentists. Add to that an estimated 1.1 million unfilled nursing positions by 2022, and projected growth for home health and personal care workers of at least 800,000 by 2024.

Today, about 1 in 5 Dreamers work in health care or education, there are 65 in medical school right now, and approximately 5,000 work in protective services. Even as the federal government turned their backs on them, Dreamers like Karla Pérez and Oscar Hernándezgarnered national media attention for stepping up for their communities and being among the first to help those devastated by Hurricane Harvey.

Congress needs to ensure that Dreamers can stay here and continue contributing their energy, drive, resilience, and courage to our nation’s future. 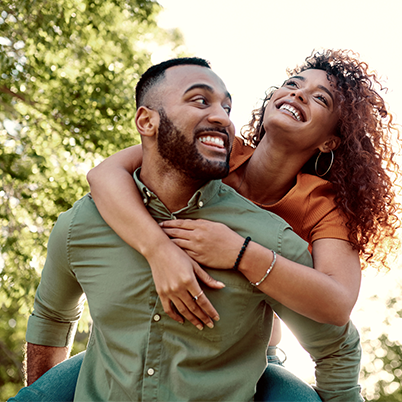 Response to Biden Administration Request for Information: Methods and Leading Practices for Advancing Equity and Support for Underserved Communities Through Government