Republican congressional leaders are not giving up on repealing the Affordable Care Act. They now are pushing a modified version of its previously failed repeal bill, the American Health Care Act, with new amendments that only make a bad bill worse.

House Republicans are weighing a new amendment to the American Health Care Act (AHCA) in their latest attempt to secure the needed votes to bring the bill to the House floor. Reports suggest that the amendment would add a paltry $8 billion over five years to a state fund under AHCA that is meant to be for multiple purposes, including providing help to offset cuts in financial assistance with premiums and elimination of financial assistance with cost-sharing under this bill. The additional $8 billion in funding is being included in the name of providing financial support to people with pre-existing conditions who will see drastically higher premiums under the MacArthur amendment. This is an absolute falsehood. These funds are nowhere near the amount of money necessary to ensure that people with pre-existing conditions don’t see their premiums increase by thousands of dollars.

Under the MacArthur amendment, states could:

The newest amendment being discussed would add $8 billion over five years to a fund for states that, in the most recent version of the bill, had a total of $130 billion in funding over 10 years. This amendment would bring the total funds available per year to $14.6 billion. This fund was intended to be used by states for multiple purposes, including ameliorating the damage of other harmful cuts to financial assistance in this bill for lower-income people and older adults. Republicans are claiming that this amendment’s addition of a paltry $1.6 billion/year to the fund will be sufficient to protect people with pre-existing conditions. However, even if the entire $14.6 billion was spent on high-risk pools for people with severe pre-existing conditions, it would only cover 693,000 people. This would leave at least 6.4 million, and as many as 15 million, people with pre-existing conditions in the individual and small group markets without any additional financial support to help protect them from potential increases in premiums and benefit cuts.

The bottom line is this new amendment would not provide nearly enough in funding to ensure that individuals with pre-existing conditions would have access to affordable, comprehensive coverage under the AHCA.

This amended bill jeopardizes coverage for millions with pre-existing conditions and does nothing to address the serious problems in the previously failed version of the American Health Care Act. Analysis of earlier versions of this bill from the independent Congressional Budget Office (CBO) estimated that it would lead to 24 million people losing coverage by 2026. The House Republicans are pushing for a vote on this bill without getting an updated analysis of the impact of this most recent amendment. However, it is very likely that this amendment will increase the number of older people and people with pre-existing conditions who would lose coverage under this legislation. The bill could severely affect more demographics as well.

Here’s a recap of all of the harmful policies still in the House GOP repeal bill:

At the end of the day, the House GOP is recklessly pushing forward a bill that will knowingly leave millions uninsured, increase health care costs for millions more, and end the Medicaid program as we know it today. On top of that, they now plan to end the nationwide guarantee of affordable coverage for people with pre-existing conditions.

This is a punitive bill that will hurt residents in every state and hurt state economies. The House needs to listen to the massive public outcry and abandon its efforts to decimate health coverage for millions 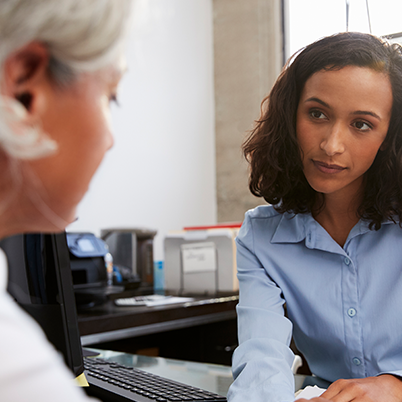 Request for Information on the U.S. Department of Health and Human Services’ Initiative to Strengthen Primary Health Care

New Protections from Unexpected Medical Bills: What You Need to Know about the No Surprises Act