In the middle of a pandemic that has already claimed more than 115,000 American lives, the U.S. Department of Health and Human Services (HHS) issued a final regulation of the Affordable Care Act that dismantles a range of nondiscrimination protections. This rule puts in place even more barriers to care for those who are most vulnerable to COVID-19 infection and death, including LGBTQ people and people with limited English proficiency. Families USA issued comments on the proposed rule in summer 2019 and strongly opposes these changes.

The rule on Section 1557 of the Affordable Care Act, issued on June 12, contains a number of improper and harmful provisions, including:

Unbelievably, HHS issued this final rule on the four-year anniversary of the Pulse nightclub shooting – the deadliest attack on LGBTQ people in U.S. history, which claimed the lives of 49 people, 90% of whom were Latinx. HHS also chose to publish this rule in the middle of June – Pride Month, which commemorates a movement rooted in resistance to state violence against LGBTQ people. This movement was led by transgender women of color like Marsha P. Johnson and Sylvia Rivera.

We know that LGBTQ people, particularly people of color and transgender people, are already at greater risk of adverse health and economic outcomes related to COVID-19 due to existing disparities. They are also less likely to seek needed health care due to fear of harassment. It is unconscionable that President Trump and his administration have dismantled protections from discrimination for our LGBTQ family and friends.

Importantly, the Supreme Court issued a ruling on June 15 that contradicts the administration’s interpretation of sex discrimination and undermines some of the administration’s rationale for the new rule. In a 6-3 opinion authored by Justice Neil Gorsuch, the court affirmed that the Civil Rights Act of 1964 protects people from employment discrimination on the basis of their gender identity or sexual orientation.

It is possible that this decision will require the Trump administration to rescind this final rule.  At minimum, the Supreme Court’s decision will empower organizations like the Human Rights Campaign and Lambda Legal, which have already announced their intent to challenge the rule in court.

This Supreme Court ruling is an important step toward employment equity for LGBTQ people – particularly for Black transgender people, who are unemployed at are two times the rate of transgender people overall and four times the rate of the general population. Lack of opportunities for high-quality employment compounds the multiple challenges transgender people of color face in leading healthy lives. An analysis of 2018 data from the Centers for Disease Control and Prevention (CDC) found that 32% of transgender adults of color reported having no form of health coverage, compared to 12% of non-LGBTQ adults. The analysis also found that one in five LGBTQ adults reported not seeing a doctor when needed because they could not afford it. This was especially true for Black LGBTQ adults (23%), Latinx Black LGBTQ adults (24%), and all transgender women (29%).

Now more than ever, state and federal lawmakers must prioritize laws, regulations, and policies that ensure that all people, regardless of who they are or how they identify, can live their heathiest lives. In particular, the current COVID-19 pandemic has underscored how people of color and other vulnerable communities are poorly served by our current health care system. Recommendations on how to address this problem are outlined in Families USA’s recent report, The Fierce Urgency of Now: Federal and State Policy Recommendations to Address Health Inequities in the Era of COVID-19.

What can you do?

We encourage you to take action to make a difference in your community and to share your story. This is especially important if you have experienced discrimination within the health care system, or if you anticipate the recent HHS rule to cause harm to your community. Together, we can move toward a vision of high-quality, affordable health care and improved health for all. 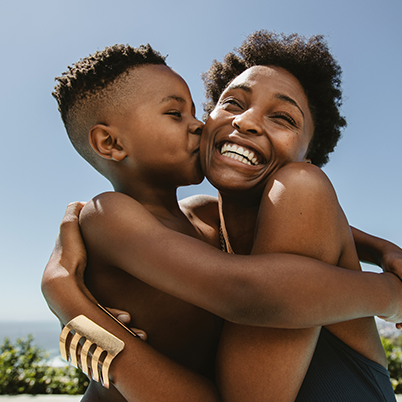