The Administration’s proposed budget is in part a return to policies that Americans have overwhelmingly rejected. It proposes to gut core insurance protections, end the expansion of Medicaid to low income adults, and block grant the Medicaid program, cuts amounting to over a trillion dollars over ten years. But the budget also signals new and deeply concerning policy changes including mandatory new work documentation requirements in Medicaid, and increasing the cost of health insurance premiums for low income people in the non-group market. And these aren’t just symbolic proposals: All three of these new policies are directions the Administration is also pursuing using its administrative authority.

Impact on Medicaid and Marketplace Subsidies

The budget proposes to enact the failed Graham-Cassidy “repeal and replace bill, which was defeated in congress in 2017. That bill took both the Affordable Care Act Marketplace subsidies and the ACA Medicaid expansion and dumped them into a block grant for states that would be separate from a new set of block grants for the rest of the Medicaid program. The new effect of these elements over ten years is to cut Medicaid by $1.5 trillion, Marketplace subsidies by $478 billion, and replace them with block grants of $1.2 trillion, for a net cut to Medicaid and the Marketplace of about $800 billion.

In line with 2017’s failed Graham-Cassidy-Heller-Johnson Affordable Care Act repeal bill, the 2020 budget proposes “comprehensive Medicaid financing reform through a per capita cap or block grant.” These block grants and per capita caps purportedly grant states “additional flexibility,” but given the massive cuts to spending, states will have to use this flexibility to cut costs and choose which residents lose benefits or health insurance altogether.

Federal funding accounts for about 63 percent of total spending on Medicaid across the states.1 State spending makes up for the remaining share of Medicaid spending. Certain states pay a higher percentage of costs than others depending on the annual matching rate (FMAP) set by the federal government. If states want to maintain the current funding levels for their Medicaid programs, they will have to come up with the additional $1.5 trillion to fill the gap in federal funding that this budget would create.

Also in line with the Graham-Cassidy bill, the 2020 budget proposes to repeal the Medicaid expansion. To date, 37 states have expanded Medicaid, which has resulted in coverage for 17 million newly eligible adults.2  Repealing Medicaid expansion would eliminate Medicaid coverage for these consumers, putting their health and insurance coverage in serious jeopardy. The proposed Market-Based Health Care Grant would make funds available to subsidize enrollment of expansion adults in the Marketplace, but there is no guarantee that consumers who lose Medicaid coverage would enroll in or afford Marketplace coverage.

As we recently described, Medicaid plays a critical role in children’s health. More than 45 million children receive health insurance from Medicaid and its sister program CHIP. These programs play a particularly large role for children with special health care needs, many of whom receive specialized services for which Medicaid is our country’s only source of insurance coverage. Massive cuts to Medicaid via block grants are a devastating cut to children’s health.

The Administration proposes a net of over $600 billion in Medicare cuts, more than 5 percent over the ten-year period and compounding to be a cut of more than 10 percent by 2029. While some of these are cuts to provider payments, combined with other proposed Medicare cuts, there would be a substantial and direct impact on seniors’ pocketbooks. The Administration proposes to save $75 billion by increasing beneficiary liabilities for prescription drug costs in the “doughnut hole,” while offsetting these only modestly with a cap on out of pocket costs for Medicare prescription drugs.

While the Administration’s effort to reduce the tangle of opaque subsidies in Medicare Part D and to reduce support for hospital uncompensated care could make sense, this would only be the case if pursued in the context of a comprehensive approach to value and coverage in our healthcare system. Until the Administration signs on to legislation that fundamentally addresses the outrageously high costs of prescription drugs and stops undermining Medicaid and the ACA, shifting costs to seniors and cutting support to hospitals will only make our health care system and affordability problems worse.

Impact on Insurance Protections and Premiums in the Marketplaces

Under the Trump budget, millions of families who rely on the individual market will lose access to health care. The Graham-Cassidy plan that is incorporated into the Administration’s FY 2020 budget would repeal protections for people with preexisting conditions in several ways:

People who have health problems could still buy health insurance, but they could be charged much higher amounts because of their health status, and they could be denied coverage for the services they need. States would get a small slush fund of federal dollars they can use to help people with health problems, but the legal protections people with preexisting conditions enjoy under current law would disappear, and the proposed funding would be far too little to make them whole.

Older adults would likewise suffer under the proposed repeal of consumer safeguards. In particular, the current limitation on extra premium charges based on age would be repealed or weakened. Ironically, the same administration that championed a massive 2017 tax cut for large corporations and billionaires now proposes an “age tax” for older, middle-class adults who buy their own insurance.

In a fine example of Orwellian rhetoric, the budget proposes to “encourage increased consumer engagement” by raising premiums for low-wage, working families who now obtain coverage funded almost entirely by federal premium tax credits. Long experience teaches that even modest increases to consumer costs lead many people to drop coverage entirely, given the pressures of other essential household costs.

FY 2020 Budget Represents Both a Legislative and Administrative Threat

Some elements of the FY 2020 budget are a return to longstanding Trump administration threats to health care. But the budget also lays out new policy that mirrors recent administrative action. The proposed mandatory new work documentation requirements in Medicaid follow on efforts to spread these misguided requirements administratively under waiver authority. The proposal to increase the cost of health insurance premiums for low income people in the non-group market is directionally consistent with Administration’s proposed regulation governing the non-group market in 2020. And the Administration is widely reported to be preparing to issue new guidance to lure or pressure states into Medicaid block grant arrangements.

The Administration’s FY 2020 budget is more than a symbolic threat to health care access, it is a direct attack on all Americans who benefit from the insurance protections that were part of the ACA, and a particular attack on low-income Americans, seniors, and others who rely on Medicaid.

1 Based on analysis of CMS NHEA data for 2014-2017. Source: https://www.cms.gov/Research-Statistics-Data-and-Systems/Statistics-Trends-and-Reports/NationalHealthExpendData/NationalHealthAccountsHistorical.html.

2 Based on analysis of CMS-64 New Adult Group enrollment for September 2017. Source: https://data.medicaid.gov/Enrollment/Medicaid-Enrollment-New-Adult-Group/pfrt-tr7q/data.

[LS1]Is this in the NBPP? Should we name the reg? 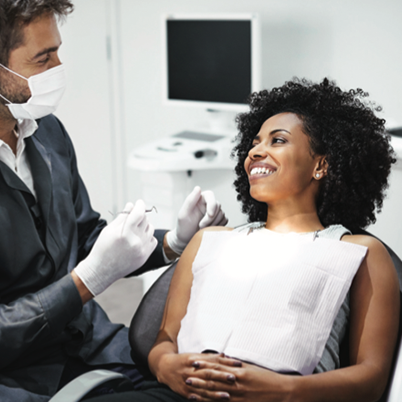 October 20, 2021 Testimony before the Senate Committee on Finance