In early January, there were two major stories regarding unsuccessful efforts to control health care costs that came out the same day. One involved a disappointing, narrow evaluation of a small program serving several hundred people in Camden, New Jersey. The second involved the complete failure of the cost and quality incentive structure in Medicare’s system for paying physicians, the Merit-based Incentive Payment System (MIPS), which pays almost a million physicians and other professionals for services for 55 million Medicare beneficiaries.

It seems obvious which of these stories is more important to understanding health care costs. However, the Camden story got all of the attention both in the press and in the health policy sphere.

This reflects how skewed our thinking about health care costs is. Addressing homelessness and other social determinants of health are critically important population health goals, and programs to achieve these goals can save money. But it is a comforting fantasy that social injustice causes most of our high health costs. The health policy sector concomitantly spends far too little time focusing on the major regulatory frameworks that actually govern health care payment. As a result, physician and hospital associations quietly capture and leverage the actual systemic drivers of health care costs.

What Can We Really Learn from the Camden Coalition’s Failure to Reduce Hospital Re-Admissions?

The Camden Coalition’s “hotspotting” program has been about as famous as it is possible for a small program in New Jersey’s 13th largest city to be. Indeed, over the last 10 years, it has been arguably the highest-profile health delivery pilot in the United States. The Camden model involves intensive tracking, care coordination, and social support interventions for frequent hospital users, many of whom have insecure housing and other social challenges to health. The model swept the health policy world after Atul Gawande wrote a lengthy, laudatory feature about it in The New Yorker in 2011, followed by a documentary for Frontline on PBS.

A program leveraging health care resources creatively to improve the health of poor and underserved people certainly deserves praise. But much of this attention focused specifically on the potential to reduce system costs by focusing intensive support on frequent utilizers of hospital services, many of whom have behavioral health issues and insecure housing or homelessness. The policy rationale in these celebrations of the Camden model — and ultimately the test of success — was primarily cost savings. Ezra Klein, writing in The Washington Post, was typical in a focus on system cost implications:

Our health-care system can deal with very sick. Our health-care system is arguably the best in the world at dealing with the very sick. What we’re bad at is dealing with everything that happens outside the hospital — all the things that keep making these people very sick. And so long as all those other things go unfixed, these people keep getting sick, and they keep racking up huge bills — not to mention facing enormous suffering.

The larger context for the Camden model in the early 2010s and beyond was a major new focus in health policy on the social determinants of health. The health policy world has consistently framed social determinants interventions primarily as tools for reducing high health care utilization and ultimately system costs. However, while evidence shows that it is possible to save money by reducing social drivers of poor health, that evidence also shows that it is difficult and that many programs improve health outcomes but do not save money. It would be much more accurate to evaluate programs like the Camden model as potentially powerful tools to address the needs of vulnerable and marginalized populations that also — and secondarily — may be able to save money.

However, a finding that the Camden Coalition’s program did not reduce spending by one measure was treated as both major news and as grounds to see the program more broadly as a failure, in a chorus of lament just as high profile as the program’s earlier, very public celebration. A randomized evaluation showing that the program did not reduce readmissions relative to a control group was a featured article in the New England Journal of Medicine and was then the subject of not one but two articles the next day in The New York Times, among other national publications.

All of which begs two questions: First, is it fair or accurate to evaluate the overall importance and impact of the Camden model on outcomes and costs after the release of one study focused narrowly on the impact of the model on readmissions? Second, did we really think the answer to reducing our high health care costs across society was intensive support for a small subpopulation of impoverished people with a need for housing supports and better mental health and substance use treatment?

Although the latter theory seems far-fetched, it is awfully seductive for progressives and awfully convenient for health care providers, two influential audiences. For progressive policy thinkers frustrated with our nation’s unconscionable lack of social provision, and with the human suffering and racial injustice that results, it is tempting to think that the singular solution to our genuine and sweeping cost problems in health care lies in addressing social determinants. And American health care providers would rather talk about the social determinants of health than the fact the United States has by far the highest unit health care prices of any country in the world.

The Failure of the Medicare Merit-based Incentive Payment System

Medicare’s spending on physicians grew rapidly in the 2000s, and it continues to be a fast-growing expenditure category, with growing physician practice acquisitions by private equity firms. Congress created MIPS in 2015, with the goal of making Medicare physician payment a pay-for-performance system. MIPS was intended to, first, tie a steadily increasing percentage of physician payment to both upside and downside incentives to reduce cost and improve quality and, second, leverage the increasing pressure of potential performance penalties in MIPS to help drive physicians to join “advanced alternative payment methodologies” that are not based on fee-for-service payment and include financial responsibility for total patient cost and quality outcomes.

Instead, MIPS has become an empty box. For the first performance year, 93% of clinicians who participated in MIPS received a tiny positive adjustment for (ostensibly) strong performance, and fully 71% of MIPS clinicians qualified for a slightly larger “exceptional performance” bonus. Virtually no clinicians received any downward adjustment for performance. The allocation of incentives for the second performance year — reported this January on the same day as the Camden study — was even more absurd. Ninety-eight percent of providers received a performance bonus, and 84% received an additional bonus for “exceptional” performance. Because regular physician pay for performance in Medicare has become a risk-free paperwork exercise, the policy goal that more and more physicians would leave fee-for-service MIPS to join risk-bearing “alternative payment” networks appears to have been and will likely continue to be completely ineffective.

Physician associations have — not surprisingly — fought to make MIPS a weak tool and defended its toothless implementation. But the failure of MIPS is the responsibility of the Centers for Medicare & Medicaid Services (CMS). This is a case of the capture of a regulatory agency by the providers it regulates. CMS’ own MIPS announcement spoke to the agency’s intense desire to avoid conflict with the physicians whose performance it is supposed to be evaluating. Particularly telling is the line: “Our goal is to make sure that our program and all CMS programs support clinicians.” This sentiment notably leaves out the goal of supporting Medicare beneficiaries.

But the news about the Medicare physician payment system’s complete failure to implement pay for performance went virtually unnoticed outside of the trade press. In one of the few stories to cover it, in Inside Health Policy, Darryl Drevna, senior director of regulatory affairs for the American Medical Group Association, stated that MIPS “has devolved into a regulatory compliance exercise.” These words are — or ought to be — shocking and major health policy news. But they were not.

“It’s the Prices, Stupid” Means We Have to Sweat the Regulatory Details

Almost 20 years ago, the late Uwe Reinhardt and his co-authors Gerry Anderson, Peter Hussey, and Varduhi Petrosyan famously wrote, when it comes to American health care costs, “It’s the prices, stupid.” The fact that the health policy world has paid so much attention to social determinants as a potential cost saver, and comparatively so little to the implementation of the Medicare Access and CHIP Reauthorization Act (MACRA), shows that it still hasn’t absorbed the principle of “It’s the prices, stupid” — even now. There are a lot of good reasons to invest in social determinants of health as a tool for population health and — if structured well — as a tool for health equity. Families USA is deeply committed to these investments. But saving money is not the main reason to invest in social determinants, and in fact evaluating these investments predominantly or exclusively as cost savers is likely to miss their impact as tools to improve population health, as the Camden Coalition experienced.

Meanwhile the huge regulatory frameworks that actually drive system costs are captured by providers while flying under the radar. Health policy writers and advocates need to engage more on the regulatory details, particularly when it comes to the Medicare rate-setting frameworks that govern so much of American health care payment. 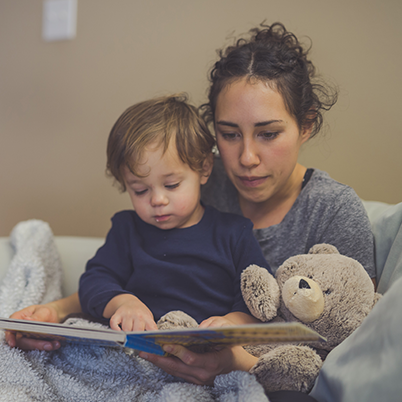